The project consisted of approximately 15,000 LF of Interceptor Sewer of pipe diameters ranging from 66” to 100”. All work was located in a densely populated urban environment, where constant attention to safety and traffic control was paramount. Each Interceptor Segment contained an average of 30” of debris. Work also included the cleaning and inspection of two 42” diameter siphons of approximately 900 LF each that run beneath a busy correctional facility. These Siphon tubes were previously estimated to be 100% clogged with debris. Previous contractors were unable to successfully clean or inspect either tube. The city of Baltimore is under Federal Consent Decree and this capacity restoration work helps the city become compliant with the decree by maximizing interceptor capacity.

For each Interceptor Segment, PPSI removed an average of 30” of debris using proprietary hydro jetting technology. Post-cleaning sonar inspections showed each segment to be a minimum of 98% clean by volume, with most segments approaching 100% clean by volume. Debris removed from the Interceptor and Siphon tubes included sand, grit, gravel, heavy rags, trash, logs, lumber, masonry and other bulk items. To restore capacity to the Siphon tubes, PPSI employed specialized dewatering techniques and confined space entry to remove bulk items as large as telephone poles. Work on the Siphons required careful coordination between outside engineering staff, subcontractors, the City of Baltimore and the State of Maryland (which runs the adjacent correctional facility.) Additional Project challenges included schedule concerns and restrictive work hours. 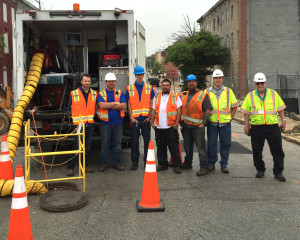 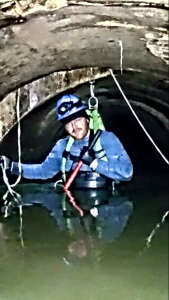 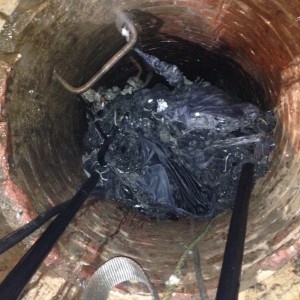 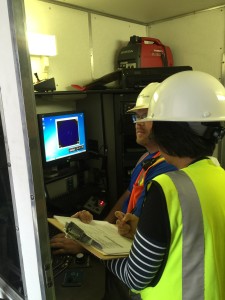